Dominique Rossetti
Dominique Rosetti is Deputy Representative and Head of Aid Representative Office of Canada, Ramallah.
Canada's main guiding principle for its work in the Middle East has been to contribute to efforts towards a just and lasting peace. Hence creating an enabling environment for peace and peace-building has been the premise for programming for Canadian aid and development assistance.
Bilateral Canadian aid assistance to the Palestinian Territories began in 1984 and has seen a significant increase since the signing of the Oslo Accords between the PLO and Israel in 1993.
In 1999, Canada opened a Representative Office in the Palestinian Territories in Ramallah. Throughout, Canada has been engaged in a number of regional peace-building programs that include Egyptians, Palestinians, Israelis, Jordanians, and as well a modest Lebanese participation. These programs are a combination of track one-and-a-half and track two. Our partners have included universities, academics, NGOs, as well as community-based organizations.

Canada's first project in people-to-people (P2P) programming was called Canada Fund for Dialogue and Development, and the project started immediately after Oslo. It was originally run out of our embassy in Tel Aviv. After several years, we decided to conduct our own assessment of the program, in addition to P2P programs in general. 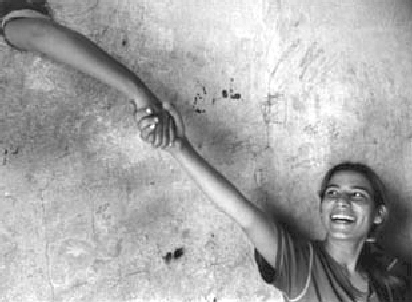 We hired an outside consultant who conducted an assessment in the fall of 2001. The assessment was not a comprehensive evaluation, but did look at a number of issues related to Canada's own experience as well as that of other donors. Our consultant spoke with a wide range of stakeholders and participants from throughout the region, and asked for their views.
There were three key findings which remain relevant today:
1. Dialogue for peace needs to be framed within a historical context. Many Palestinians and some Israelis complained that dialogue, peace and coexistence projects were ignoring the historical context of the conflict. We were seeking to achieve, as Amnon Raz-Krakotzkin put it, "a peace without history."
2. Palestinian and Israeli participants had different goals they wished to achieve through dialogue. For the Israelis interviewed, the aim of P2P was to prepare the ground for the signing of a permanent- status deal and to create the necessary conditions for a sustainable peace, including identification of possible solutions to contentious issues. What Palestinians wanted through P2P and other cooperative projects was to advocate their cause, to affect Israeli public opinion and to create a qualitative change in the understanding of the Israeli street at large, all in view of supporting Palestinian rights.
3. The third concerns the asymmetry between the sides. In general, the Israeli partners were better funded, more experienced and enjoyed superior technical and administrative capacities. As a result, the Israeli position often prevailed over the Palestinian one. This inequality was translated at diverse levels, including economic, infrastructural and technical, making balanced dialogue a challenging task.

The outcome of this has led to the design of a new project that takes into consideration the empowerment or capacity-building of civil- society actors. We hope to advance peace and democratic constituencies by:
* Enhancing inclusiveness, by including more youth, women and refugees in P2P;
* Supporting sound information, systematic analyses, and effective communication while encouraging the active participation of the media and engaged intellectuals;
* Including cultural, educational and historical narratives;
* Promoting conflict management techniques as a peace- building and educational tool; and
* Promoting inter-Palestinian and inter-Arab networks for peace.

That is where the name of our new program came from: "Networking for Peace." Networking activities on issues related to peace in the region create sustainable mechanisms for the exchange of information and experience. P2P until now did not meet all expectations - it is not an end in itself - partly because of institutional weakness and often because of ideological and polemical rifts. Nonetheless, it is believed that networks and linkage are needed to address the complexity of the Middle East conflict, which is also one of the causes of tension between and within Arab countries.
Our project is still young and modest. We hope that we can build on this experience, and that this workshop will help all of us do better in the coming stages.


Presented at a conference in East Jerusalem on April 5, 2005.