Matt Rees, former Jerusalem bureau chief of Time magazine, has met many Palestinians and Israelis and gives a voice equally to all, be they fundamentalists, politicians or "ordinary" people. Taking the theme of the biblical brothers, Cain and Abel, and weaving into his narrative the fratricide that has become a powerful yet simplistic myth, Rees shows that neither society can lay sole claim to victim status: "Each exists in a fantasy world of blamelessness, shifting guilt to a distant enemy... each wishes to see himself as Abel, no matter how much he might in reality be Cain, lashing out resentfully at his own."
The first four of eight chapters focus on the Palestinians. The first chapter opens with a meeting with Imad Akel, a leader of the military wing of Hamas. In a traditional greeting, Akel kisses Rees five times on the cheeks and, ominously, Rees feels "death electric on [Akel's] lips." Akel tells him about the death of two young boys, one a relative of his, killed after the head of the Palestinian Authority's (PA) riot police unit ordered his men to fire on an anti-US demonstration. The corruption within the PA and its inability to rein in factions causes Rees to reflect that "the story that I heard... stripped another layer of my own innocence... the PA's only remaining function was the oppression of its own people." After a stand-off between the boys' families, the riot police head and the PA lasting nearly two years, Imad Akel executed the head of the riot police to avenge the families' honor. Bloodshed begets bloodshed.
Over the next three chapters, this corruption at the heart of Palestinian governance is minutely picked over. Most of the responsibility leads back to the late Chairman Yasser Arafat whom Rees accuses of "a trail of shiftiness." Zakaria Baloush is an example of a high-ranking PLO officer (at the time of publication he was deputy head of General Intelligence in Gaza) who, in trying to stop the activities of the terrorist factions, found himself squashed by Arafat who "promoted corrupt mediocrities." Rees meets 12-year-old Fadi selling tea in Gaza who tells him: "Hamas is good... the Authority is corrupt and dirty. But Abu Amar [Arafat] is the shit on my shoe."
Ordinary Palestinians are mired in "internecine viciousness," says Rees. Much is revealed in the descriptions of "inside" and "outside" leadership within the PLO, and how the outsiders, returning to Palestine from Tunis, Europe and Lebanon and taking for themselves the best jobs, have lost the respect of the population. Mahmoud Abbas (Abu Mazen) is among the latter group, and this reveals the background to his current weak position as leader, battling against embittered insiders. 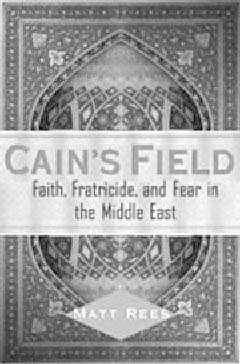 In the second half of the book, Rees turns his eye on the cliques that characterize Israeli society. In Chapter five, which I found the saddest and most shocking, he tells of a significant number of Holocaust survivors who, after coming to Israel, were forgotten by society and have become a marginalized and unrepresented group. Drs. Henry Szor and Yoram Barak, of the Abarbanel Mental Health Centre, talk about the survivors being treated as if they were mentally ill rather than deeply traumatized by their experiences. Some are left to languish in mental hospitals. They suffered in silence for so long that they have now lost the use of their voice, says Rees: "Slowly their vocal cords had atrophied from lack of stimulus after their decades in the hospital... this ghostly quiet was a mirror of the silence that greeted these people when they came [from Europe]... an entire society refused to listen to these patients, until they eventually stopped talking." If this was not enough, Rees is shocked to discover that the government withheld payments due to survivors. He quotes Szor on the treatment of Holocaust survivors: "There has been a conspiracy of silence, a moral problem in the whole country."
The explorations within Israel continue: Rees finds a seam of hatred that creates polarized factions and follows it. This takes him to the grave of Baruch Goldstein, the murderer of 29 Palestinians at the Tomb of the Patriarchs in Hebron, and face to face with those who believe he is a martyr. He also meets Avraham Pesso, an artist who tried to highlight the error of worshipping Goldstein by desecrating the grave with oil and paint. In Chapter six, Rees meets Elhanan Ben-Hakoun, a secular Israeli whose photography shop in a semi-religious district of Jerusalem was fire-bombed by an extremist ultra-Orthodox group. "They hated him because he was secular, more than Israelis hated Palestinians," writes Rees. They feared that "modern life - in the form of its technology and liberalism - would infiltrate young religious minds and draw them away from the study of Torah and into sin."
Rees writes so fluently that the emotion and hatred he documents burst out of this compelling book. The stories stayed with me long after I put down the book. Rees' message is clear: he urges the readers of Cain's Field to look deeper and confront the "skein of fraternal hostility" within both societies. He brings us the stories of those ignored by the local and international media. He ends on an optimistic note: "There are Israelis and Palestinians who show that it is possible to erase some of that ancient bloodstain... there are people who see Cain's Field as a place in which crops may grow beside Abel's flock."
These voices are small and few, but let us hope they have the power to make themselves heard.