Paul Lorgerie
Paul Lorgerie is a student of political science at the Political Institute in Toulouse, France, who recently completed an internship with the PIJ. He has written for La Depeche du Midi, a daily news outlet, as well as Les Inrockuptibles, a national publication that covers culture, news and society and the San Francisco Public Press, an investigative newspaper dedicated to society issues in the Bay Area.

The commonly accepted idea that says you must be mature to be involved in the peace process is wrong. Two students at the Jerusalem High School of Beit Hanina throw stones in their own way, spreading the seeds of peace thanks to the internet wind, on their website entitled "I Am Peace."

Welcome to I AM PEACE 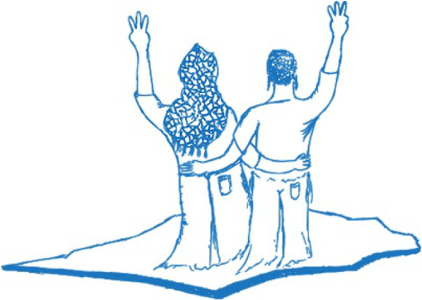 Let’s remember January 7, Paris, France. Two men kill eleven people in Charlie Hebdo’s office, provoking a tsunami in the international community. As everyone, Ameen Haj Yahia, 16 and Mario Imyhames, 15, both students from the Jerusalem High School, were shocked by the violence employed by Kouachi brothers during the attack. Ameen, a Muslim teenager who lives in the Shuafat neighborhood says that even if he felt insulted by the Prophet’s representation in September 2011 by the caricaturist Luz, the use of violence was definitely not the solution to the problem.

After that terrible event occurred, the two teenagers launched the I Am Peace project, in response to the I Am Charlie (Je Suis Charlie) slogan. “We thought that the when people were posting I Am Charlie the goal was to unite people against terrorism. But, we saw that was it not helping that much because when you post it, you should mean it,” says Ameen, “we felt the need to say something more general, and so when people post I am Charlie they should mean I am peace.”

"This needs to stop! This is morally wrong!"

While it is possible that people's minds would shift to the extreme after a terrorist attack or a war, these two students are aware that the contrary occurred. “A lot of people come over and say “hey, this needs to stop. This is morally wrong”,” says Ameen. “This is not about fame. They do not care about being on the website, this is more about the idea that peace could effectively exist,” adds Mario. Both Ameen and Mario believe that the campaign IAMPEACE will raise a new hope for a peaceful future by creating a revolution of ideas, allowing people to think for themselves.

The project was presented by the Jerusalem School principal Ross Byars last March at the Concert of Solidarity and Peace in the West Jerusalem YMCA auditorium, honored by Peter Yarrow’s presence from Peter, Paul and Mary. More than a campaign against terrorism, Ameen and Mario developed a wide but simple vision: the campaign for peace in this country is inspired by the quest for a resolution of the Israel-Palestine conflict. 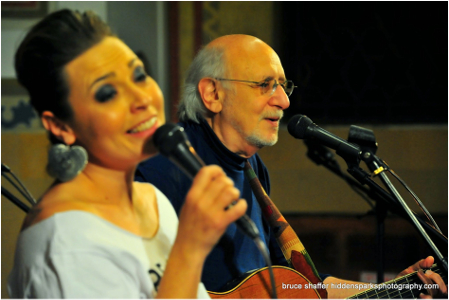 Not V for victory, but three fingers for peace

On the stage, Ross Byars raised his three middle fingers: “Our sign is no longer the “V” of victory, but those three fingers,” said the school principal. Representing the first letter of “Shalom” and “Salaam” which mean “peace” in both languages, the sign creates a significant and strong link between the Jewish and Arabic communities.

The students have not decided if it is a campaign or a movement, because as Mario says, “[it] is all those things at the same time." The goal is to spread and create a unity amongst people. Thanks to the hashtag #IAMPEACE on Twitter, pictures taken by supporters making the sign wherever they are show up on the website created for the occasion. “We were really surprised during the concert. Over 300 people took pictures of themselves doing the three fingers sign. We did not expect that much,” says Ameen. Regardless of their name, country, or ethnicity, people who care about peace can express their willingness on social media. 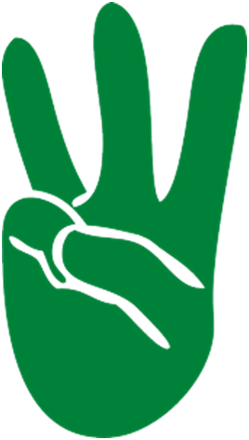 A school for peace

The Jerusalem High School is a Christian American school founded on the passage from the book of Luke, verse 6:29, which says “If someone slaps you on one cheek, turn to them the other also. If someone takes your coat, do not withhold your shirt from them”. Indeed, these two students are aware that peace costs a lot, physically and mentally. How is it possible to remain in control when you face an attack? According to them, everyone should respond peacefully to a gun shot.

The school includes an American curriculum enriched with peace classes, and most of the students are young Palestinians from the West Bank and Jerusalem. While over 75% of the students are Muslims and the remaining are Christian, the faculty is recruited according to their ability to teach and are for the most part international volunteers, regardless of religion or ethnicity. “We have Israeli Jews, we have Palestinian Arabs, we have Israeli Arabs, Muslims, Christians and Greek Orthodox with very different backgrounds. But they all understand why they are here,” says Shane Scott, Director of the Strategy and Sustainability in Jerusalem High School.

Growing up in this mix of people, students learn how to develop peace initiatives thanks to a program set up five years ago, which includes a week for peace. Also, teachers have to embrace a particular behavior, “more than watching out for their words, I always say to them to watch out for how they behave, because more than listening, students are watching you,” says Shone.

And it seems to work: Mario confesses that he used to be violent as a child but since he began attending the Jerusalem School he has reoriented his mind to become a peace promoter. And although they are still uncertain about the future, Ameen and Mario want to advance their ideas further in their forthcoming curriculum and life. Furthermore, instead of remaining in their own way of thinking, a desire of understanding the other side animates them: “If we want to solve the problem, we have to know each other. And Israeli people should learn to know Palestinians, and Palestinians should learn to know Israelis,” says Ameen, in order to make crucial progress in the peace process.

In the office where the interview takes place, we can see a piece of paper pinned on the wall quoting Nelson Mandela: “Education is the most powerful weapon you can use to change the world.” And indeed, even though a long path remains, the Jerusalem High School proves the path can be traversed.