"The time is right for a democratic consideration of the threats and the alternatives” said former Knesset Speaker Avraham (Avrum) Burg, at an International Conference in Haifa for a Middle East Free of Weapons of Mass Destruction. On Friday, December 6th, Maariv made a headline about the fact that Burg talked openly about the Israeli nuclear weapons potential, but there was nothing really new about that, since the entire world assumes that Israel has between 80 and 200 nuclear warheads, according to CIA and other Western sources.

The Israeli policy of nuclear ambiguity, “we will not be the first to introduce nuclear weapons into the Middle East,” has served everyone, Israel, the American government and also the neighboring Arab states, very well over the past 50 years:

1) It created a sense of security in Israel after the Holocaust and the fact that the Arab states did not originally accept the 1947 Partition Plan and launched a war against the new State of Israel in 1948;

2) The fact that Israel has not publicly declared that it has a nuclear military option has enabled the United States to live with the situation without having to act in accordance with American laws that would require it to apply sanctions;

3) The Israeli policy of ambiguity has also enabled the neighboring Arab states to live with the situation, without feeling obliged to enter into a nuclear arms race.

However, we are now facing a new reality. The international community, led by the United States government and its Western allies, has just negotiated an interim agreement with Iran, a first major building block towards a potential permanent agreement with the Iranians to end the possibility of a nuclear weapons program. A permanent agreement, if successfully negotiated, will include significant international monitoring safeguards to ensure that Iran will not go down the nuclear military path.

This follows the American-Russian agreement to remove the chemical weapons arsenal from Syria.

And sitting in the background is the resolution at the 2010 NPT Review Conference in New York to convene an international conference to promote a Nuclear and Weapons of Mass Destruction Free Zone in the Middle East. If the conference will not be convened before the next Review Conference in 2015, the Arab states have said they will reconsider their commitment to the NPT regime, the basic international framework that governs the international nuclear arena and backs the efforts to prevent the proliferation of nuclear weapons.

Given the developments concerning the Iranian nuclear program, the agreement to remove the chemical weapons from Syria, and the fact that the clock is ticking towards the next NPT Review conference, official Israel will not be able to simply stand aside and say we are not playing this game.

As Burg stated, “the time of just one super power determining things in the Middle East is over. People in the West are not ready to see their children die for the sake of Israel without exploring all of the alternatives to solve problems.

And I would add that we Israelis are also not ready to see our children kill and be killed without exploring all of the alternatives.

Diplomacy is on the march, with Iran, with Syria, and hopefully in the context of the Israeli-Palestinian conflict, thanks to the efforts of Secretary of State John Kerry.

As Burg said at the conference, “what we need today is a vibrant, public debate. If Israel has a nuclear capacity, what can we get from the region in order not to have it? We should aspire to move from a trauma-based strategy to a trust-oriented strategy. We should set up a local, regional and international coalition to monitor, reconsider and talk, to enable a breakthrough beyond the boundaries of the old laws set by fear.”

Nelson Mandela is the Role Model

Burg’s comments were echoed the next day in Tel Aviv by Israeli Nobel Economics Prize winning Prof. Daniel Kahneman, who said that what we need today is less suspicion-oriented leadership, which refuses to compromise, and more trust-oriented leadership, which is ready to seriously explore the alternatives, on both the Israeli-Palestinian track and the Iranian-Israeli track. Prof. Kahneman cited Nelson Mandela, who had just passed away the day before as a role model for the type of leadership necessary: A leader who had the admiration and trust of his people, who at the same time had empathy for the rival party or enemy, and who knew how to negotiate a realistic compromise for the sake of both sides. 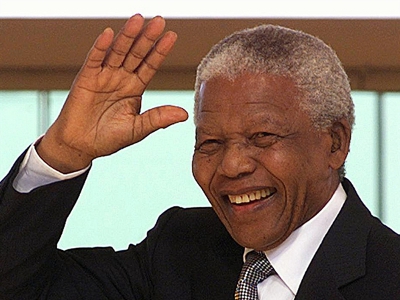 Nelson Mandela, the role model that we need

Another very impressive figure at the Haifa conference was former Hiroshima Mayor Prof. Tadatoshi Akiba, who served as mayor of one of the only two cities to suffer directly from a nuclear attack. He noted that there are today only 60,000 survivors of the atomic blast in Hiroshima still alive, and that their average age is 78. He believes that the fact that they have been telling their stories around the world has made a major contribution to the world’s awareness of the horrors of nuclear warfare, and the need to eliminate nuclear weapons. A group of the survivors, called Hibakusha in Japanese, visited Israel last year and were hosted by the Israeli Disarmament Movement led by Sharon Dolev, one of the co-organizers of the Haifa Conference, and they had a very moving encounter with a group of Holocaust survivors at the Yad Vashem Holocaust Memorial. Prof. Akiba called on the Israelis “to join the club of sane thinking and to support a Middle East Weapons of Mass Destruction Free Zone.” 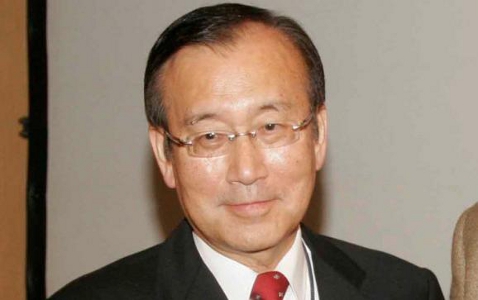 For the first time in Israeli history, the two day Haifa conference also included a panel of four members of Knesset who discussed the need for a WMD Free Zone. Two of them, Tamar Zandberg (Meretz) and Dov Khenin (Hadash) also hosted a discussion in the Knesset a few months ago in the Knesset’s Science and Technology Committee Room initiated by the Israeli Disarmament Movement, with the participation of MK Moshe Feiglin (Likud), who discussed a presentation by American expert Dr. Ira Helfand, the Co-President of International Physicians for the Prevention of Nuclear War (IPPNW) on the dangers of a limited nuclear war, using India and Pakistan as an example.

Also participating in the Haifa conference were Israeli and international civil society activists from the U.S., Europe, Africa and Cyprus, including Alfred Marder, Honorary President of the International Association of Peace Cities (a cosponsor of the conference), two representatives from Peace Action for a SANE world (the continuation of the anti-nuclear movement active in the U.S. since 1957) along with an observer from the Egyptian Embassy. Among the former Members of Knesset who played an active role in the conference were former Deputy Speaker Prof. Naomi Chazan (Meretz), former MK Mossi Raz (Meretz), former MK Assad Assad (Likud) and former MK Issam Makhoul (Hadash), the co-head of the organizing committee together with MK Burg (Labor). Clearly there is an across the board interest in the need for discussing Israeli policy in the context of the efforts to promote a WMD Free Zone in the region.

The Haifa conference was just one of a series of public and private encounters that have taken place in recent weeks around the topic of a WMD Free Zone in the Middle East. They include a public conference in Jerusalem on October 31st organized by the Palestine-Israel Journal (www.pij.org) on A Middle East Without Weapons of Mass Destruction, a closed two day discussion in Tel Aviv organized by the Israeli Disarmament Movement with the participation of Israeli academic and civil society experts , an Israeli government representative and a few international experts, a major conference in Amman, Jordan on a WMD Free Zone in the Middle East: Impact on Global Non-Proliferation Efforts, and the 60th Pugwash Conference on Science and World Affairs, “Dialogue, Disarmament, and Regional and Global Security”, which took place this year in Istanbul, with the participation of Iranian Foreign Minister Zarif , Turkish President Gul and Foreign Minister Davutoglu and academic participants from throughout the region.

Most important is the fact that a regional forum was convened in the end of October in Glion, Switzerland, by the Finnish Facilitator Under Secretary of State Jaakko Laajava for the international conference on a Weapons of Mass Destruction Free Zone in the Middle East, with the participation of an Israeli government representative and the representative of another 12 or 13 countries in the region. As Dr. Emily Landau, director of the Arms Control and Regional Security Projects at Tel Aviv University’s Institute for National Security Studies (INSS), another participant at the Haifa conference said: “the Facilitator is doing a marvelous job, and his constructive efforts should be appreciated by all of us.”

The official Israeli government position, as expressed every year at the UN General Assembly and all other relevant international forums, supports the idea of a Weapons of Mass Destruction Free Zone in the Middle East. What we need now is some creative diplomacy, and concerted local, regional and international civil society activity, to help move all of us forward towards a more secure, safe and peaceful Israeli and regional future.

An earlier version of this article was published at The Times of Israel, under the title Seriously Considering a Weapons of Mass Destruction Free Zone in the Middle East: http://blogs.timesofisrael.com/seriously-considering-a-weapons-of-mass-destruction-free-zone-in-the-middle-east/