The passing of the UN Security Resolution on the settlements is the best Hanukkah gift you could have given to the people of Israel, and it provides a glimmer of light on the horizon amidst the current darkness. It reaffirms the international commitment to a resolution of the Israeli-Palestinian conflict based upon a two-state solution, the only realistic solution to the conflict that can provide security and peace to both the Israeli and the Palestinian peoples. 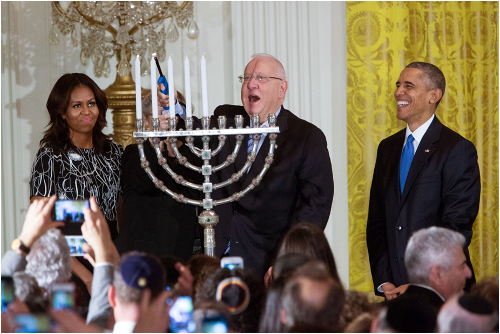 The resolution notes correctly that, “… the status quo is not sustainable and that significant steps, consistent with the transition contemplated by prior agreements, are urgently needed in order to (i) stabilize the situation and to reverse negative trends on the ground, which are steadily eroding the two-State solution and entrenching a one-State reality, and (ii) to create the conditions for successful final status negotiations and for advancing the two-State solution through those negotiations and on the ground..” It also correctly called for “…immediate steps to prevent all acts of violence against civilians, including acts of terror, as well as all acts of provocation and destruction, calls for accountability in this regard, and calls for compliance with obligations under international law for the strengthening of ongoing efforts to combat terrorism, including through existing security coordination, and to clearly condemn all acts of terrorism.”

One Cannot Champion Settlements and the Two-State Solution

As US Ambassador to the UN Samantha Power said, one “cannot champion settlements and the two-state solution” at the same time. She went on to say that the US did not veto the resolution as it “reflects the facts on the ground and is consistent with US policy,” adding that continued settlement building “undermines” Israel’s own security. And she added, “The document condemns violent actions against the civilian population and terrorism acts, it urges both sides to bring the violence to the end and stop undermining and aggressive rhetoric … such actions undermine the perspectives of a two-state approach to the Palestinian question.” 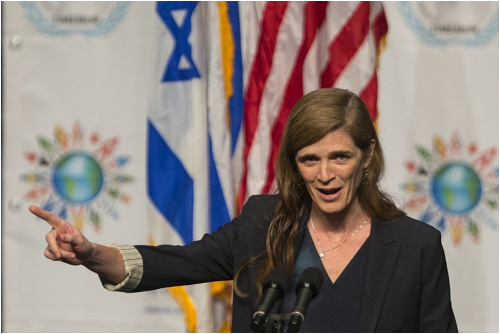 If Prime Minister Netanyahu and President-elect Trump thought that they could rely on the possibility of a Russian veto of the resolution, the answer was “We’ve voted today in favor of the resolution draft on Israeli settlements, since it’s based on well-proven wording, which represents the joint opinion of the international community on Israel’s illegal settlement activities on the occupied Palestinian territories,” said Russia’s envoy to the UN Vitaly Churkin. So thank you Russia as well.

In the Spirit of Israel’s Declaration of Independence

You should know that many Israelis appreciate what you have done, since it is in the deepest interest of the Israeli people, and it was done in the spirit of Israel’s Declaration of Independence in 1948, which stated that:

THE STATE OF ISRAEL … will be based on freedom, justice and peace as envisaged by the prophets of Israel; it will ensure complete equality of social and political rights to all its inhabitants irrespective of religion, race or sex; it will guarantee freedom of religion, conscience, language, education and culture; it will safeguard the Holy Places of all religions; and it will be faithful to the principles of the Charter of the United Nations.

It added that WE EXTEND our hand to all neighbouring states and their peoples in an offer of peace and good neighbourliness, and appeal to them to establish bonds of cooperation and mutual help with the sovereign Jewish people settled in its own land. The State of Israel is prepared to do its share in a common effort for the advancement of the entire Middle East.

And it added that THE STATE OF ISRAEL is prepared to cooperate with the agencies and representatives of the United Nations in implementing the resolution of the General Assembly of the 29th November, 1947.

One could only hope that the current Israeli government would be ready to cooperate with last night’s UNSC Resolution, to ensure that we can continue to be a free and democratic state, which would live alongside a free and democratic Palestinian state based on the West Bank, Gaza and East Jerusalem, living in peace and cooperation with the State of Israel.

If it won’t, we Israelis who believe that a two-state solution is the only way to ensure the future of our country, will have to work hard to produce an alternative leadership ready to achieve that goal.

So once again, thank you all for giving us this Hanukkah gift, which lights our way to a better future.

This article originally was published at The Times of Israel:http://blogs.timesofisrael.com/thank-you-president-obama-2/