On my way back in a taxi from the jazz festival at the Tel Aviv Cinematheque on Friday night, there was a news flash about rockets fired from Gaza at Sderot, and the fact the children in the area were suffering once again from major anxiety attacks. This was accompanied by news of IDF counter-attacks, with at least one dead and a Gazan child seriously injured, alongside two dead in the West Bank and dozens injured.

“This is all because of the fact that Bibi gave Trump the okay to go ahead with his idiotic announcement about Jerusalem” I exclaimed. “Yes”, responded the driver. “Everything was quiet until Trump came along.” I call this “Trump’s Jerusalem Folly”. 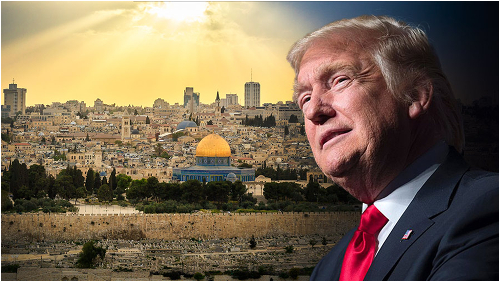 “Everything was quiet until Trump came along” (Photo: Times of Israel)

Dancing in the streets?

In 1984 (what a symbolic year), Barbara Tuchman published her famous book “The March of Folly”. She dealt with The Trojans, The Renaissance Popes, The British Lost America and America in Vietnam. If she were writing today, would she add a chapter on Trump’s statement about recognizing Jerusalem as the Israeli capital?

Trump declared that there are a lot of people very happy in Israel today. Well, I did not see any dancing in the streets like there was back in 1947 when the UN Partition Plan was passed, or in 1948 when Ben-Gurion issued the Declaration of Independence. 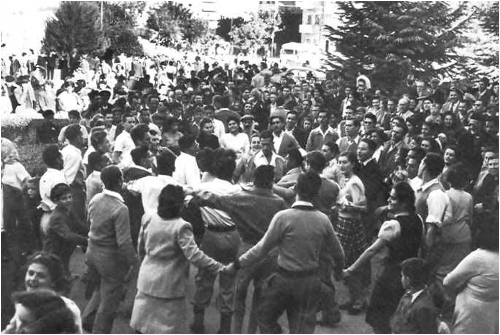 The danced in the streets in Tel Aviv near my house when the UN Partition Plan was passed in 1947. No one’s dancing today.

When I went to get morning coffee at one the local cafes, Mark, the owner said – “It’s just words. It doesn’t mean anything.” As for East Jerusalem, he said “who needs it. It’s just a headache. Let the Palestinians have it.”

Just words. Like what Apo Sahagian, a very clever guy who sings Armenian folk songs and also has a band, Apo and the Apostles, wrote on his Facebook page ”I now declare the Armenian Quarter of Jerusalem to be the independent Republic of Jerusalemite Armenia.” Do those words change the reality on the ground, any more than Trump’s words do? “United Jerusalem” remains as divided as ever.

And afterwards my dietician at the Kupat Cholim health clinic, discussing the fact that I am in East Jerusalem every week at the Palestine-Israel Journal offices, and should I have a felafal with pita? Well, in East Jerusalem all the pitas are made of white bread, not good for my sugar count, so she said “have the felafel without pita.” And she also said, “keep up the good work for Israeli-Palestinian peace”.

In making his declaration, Trump went against the advice of both his Secretary of State and Secretary of Defense, who trying to be the responsible adults in the administration warned against the potential negative consequences for regional stability and the prospects for any peace process.

So who’s happy? Besides Netanyahu, this is a great temporary distraction from all the corruption investigations against him, there’s also Sheldon Adelson, and Trump’s Evangelical base, who hope this declaration will bring the End of Days one step closer, the Rapture, Armegeddon, and the return of Christ to earth. And who cares how many lives might be lost in the process.

Around here we call that having “blood on your hands”.

Then there is the case of the new Labor Party chair Avi Gabay, who declared that he “prefers a united Jerusalem to peace.” There is an assumption that his strategy is to make a series of nationalistic declarations to attract voters from the right, while letting his left-wing supporters move over to Meretz, whose slogan is “the home of the Israeli left”, to grow the center-left camp as a whole. Well, he seems to be doing a great job of strengthening Meretz, but it’s not at all clear if he’s attracting anyone from the right. 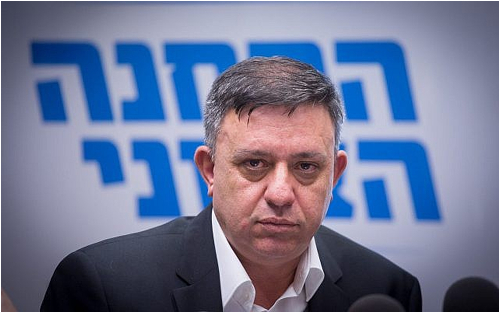 On Thursday morning, Meretz MK Mossi Raz, who also serves as Secretary General of the Party, said in a TV debate that he’s given up trying to understand Gabay’s strategy. He then said that just as there were those who preferred “Sharam A-Sheikh to peace” with Egypt – like Moshe Dayan – who eventually came around to understand that peace was preferable, hopefully the same thing will happen this time as well And he added that the only possible basis for peace between Israel and the Palestinians will be based on having Jerusalem serve as the capital for both – West Jerusalem as the capital of Israel, and East Jerusalem as the capital of the State of Palestine.

Does Trump have a grand strategy?

Trump did leave an opening for this. He didn’t say he recognized United Jerusalem as the capital, just Jerusalem, and a Jerusalem he added whose borders have not yet been determined, leaving the possibility of East Jerusalem serving as the other capital. He also suggested for the first time that he would accept a two state solution, if both sides want it.

If we could assume that Trump has a grand strategy for making “the ultimate peace deal”, then this could be the opening gambit, leading towards a two state, two capital solution. The Czech Republic gave a hint about how this can develop, when they announced they were recognizing West Jerusalem as Israel’s capital. But is Trump capable of having such a strategy? Time will tell, and so far the evidence is not convincing.

There can be many unforeseen consequences of Trump’s statement. One of them is the possibility that many more East Jerusalem Palestinians will ask for Israeli citizenship, and will also decide to vote en masse in the Jerusalem municipal elections. Since the Palestinians are 40% of the Jerusalem population, this could really shake things up.

The taxi I took from my home to the Tel Aviv Cinematheque for the jazz festival on Friday night was driven by Nidal Otman. One of the advantages of the Gett Taxi service is that you know the driver’s name, and also frequently his/her hobby as well. It turned out that he was a Palestinian-Israeli from Lod, and he was very excited about the fact that I was going to a free music festival. He actually was a neighbor of Israeli-Arab rapper Tamer Nafar, who starred in Udi Aloni’s excellent film “Junction 48”, essentially a thinly disguised biography of the singer, and many of his friends were extras in the film. “But I don’t like happy music” said the driver. “I prefer sad music”. Like Umm Kultum I asked? No, I prefer Elissa (Elissar Zakaria Khoury), a very popular Lebanese singer.

Right now, sad music is more appropriate for the mood of both Israelis and Palestinians. 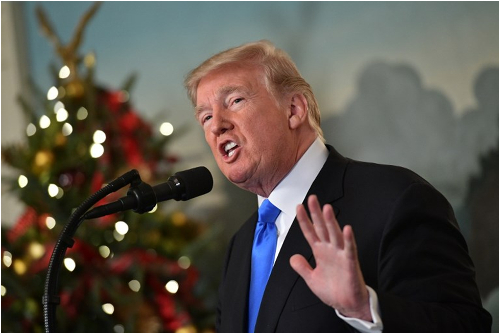 Trump’s Christmas present to the Evangelicals (Photo: Times of Israel)

This article originally appeared in the Times of Israel:http://blogs.timesofisrael.com/trumps-jerusalem-folly/